From Ordinary to Extraordinary 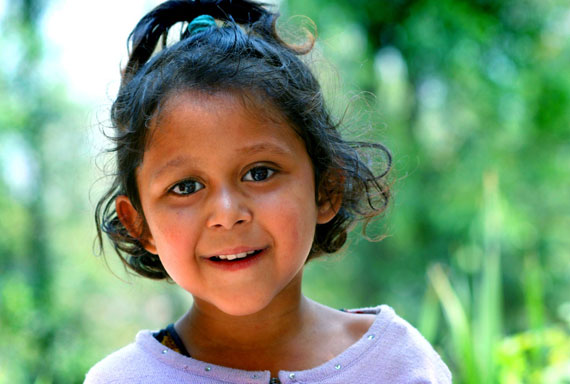 Several people have been asking me if I've heard any news on Baby Sofía and the short answer is no. My dossier was shipped on June 23rd to Nepal. It is being processed and translated, which my agency said they expect to take between 6-8 weeks to complete. After this is completed, it will be sent to a matching committee. This is when the "fun" wait will begin since these are the people who are responsible for matching families with available orphans. Once it is in the hands of the matching committee, it could be 1 month or 6 months before I would get "THE" call. In the meantime, I have been keeping myself busy doing all of the things that I know I won't be able to do once she gets here, like....sleeping in, taking long walks with the puppy dogs, reading books for hours at a time, meeting my friends last minute for cocktails, indulging myself in reality tv (I'm a sucker for the Kardashian family:), taking naps, shopping, staying out late and pulling all-nighters, laying out by the pool, basically- being selfish:)
There are times when I get really anxious thinking about everything that still needs to take place before she gets here. I start to freak out a little bit and find myself once again, trying to control the situation and playing "what if" games. This is not good because it makes me crazy. If there was a class in worrying, I'm telling you I would get an A+! So, I've been trying to really surrender all of this to God and relax. I've been reading through the old testament and psalms the last couple of months. I never realized how interesting the O.T. was! God did some crazy things back in the day! One of the verses I read really struck me and I thought a lot about it.
"For He divided the sea and led them through making the water stand up like walls! In the daytime he led them by a cloud and all night by a pillar of fire. He split open rocks in the wilderness to give them water, as from a gushing stream. He made streams pour from the rock making the waters flow down like a river." - Psalm 78:13-16
When the Isrealites were running for their lives from the Egyptians, they must have been really discouraged when God led them to the red sea. I tried to imagine myself in their shoes and I'm pretty sure that I would have thought that God had a sick sense of humor. I mean, he led them to the edge of a sea! Talk about a dead end! I would have been so scared, frustrated, disappointed and angry that I trusted him for what? to lead me to a dead end? But, God had something else in mind. Not only did he part the red sea so that their escape route would place them safely on the other side, but he also took care of their enemies in the process by allowing the sea to swallow them up! When they were walking through the desert, nothing but sunny skies and a big old cloud leading the way. At night, a fireball. And when they got thirsty? no problem. Just use your staff and bang on this rock and guess what? Better than Evian comes pouring out! Even when Jesus fed the 5,000, all he had was basically a can of Chicken of the Sea and a loaf of Wonderbread. But every one of those 5,000 got fed. Then it hit me. God likes to take the ordinary and make it extraordinary. I know that in my mind I would have never of thought, "hey, let's make this rock pour out water so we can drink! or Let's part the red sea and then drown everyone who tries to follow us!"
I bet God has a lot of fun taking these ordinary things and making them extraordinary. But I noticed something else too. Not only did he provide a way out for them, but he also challenged them in their faith. I mean, think about it. You're standing on the edge of the sea and it parts creating two gigantic walls of water. And he wants you to walk through it. It took some serious faith on their part, not to mention nerves of steel, to take those steps. It's not like they were just crossing the street... it was MILES of walking through that corridor of water walls. When I think about that story it reminds me that not only is God going to provide for me everything I need to complete this adoption: the rest of the financial means, travel plans, time off from work, legal paperwork, etc., but he's also going to challenge me and my faith in him. When I catch myself doubting or starting to worry, I remind myself, "From the ordinary to the extraordinary!"
Thanks to everyone who is praying for Sofía, me, and this whole process. Your support means more than you know:)
love,
Kristen
Posted by Kristen at 7:42 PM